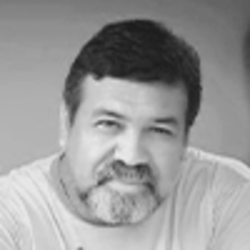 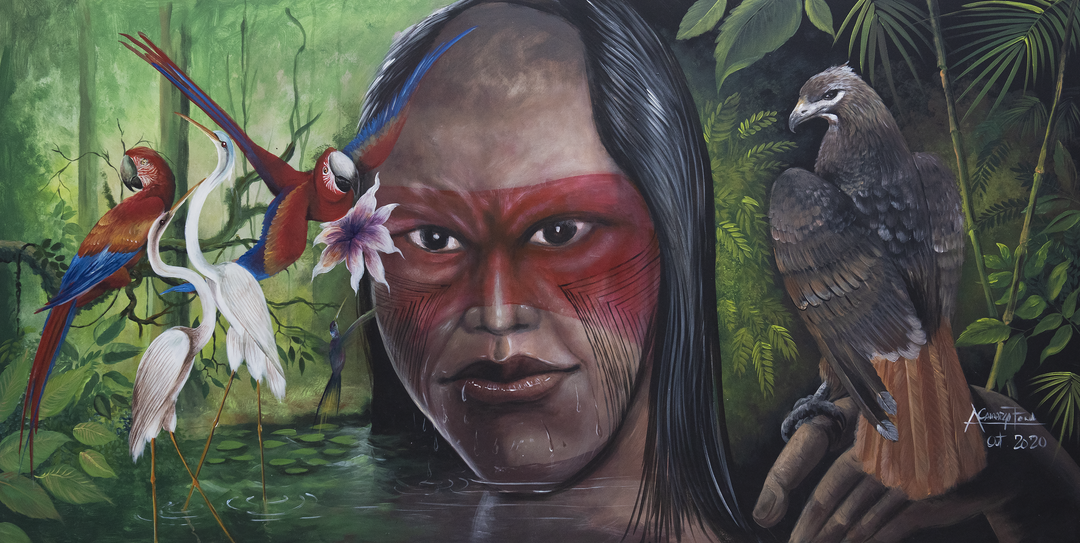 Born in Santarém (PA), where he lived his early teens, Afonso learned from his father and uncles to paint traditional gourds as well as to restore sacred works. In Manaus, he worked as costumer for carnival groups. This led him to perform in the bumbá competition between the oxen Caprichoso and Garantido at the Parintins Festival, which started around 1985 and has evolved into a large professional event. In Manaus, he also worked for many years as a restorer at the monumental Teatro Amazonas.

He has now been living from his art for thirty years in Parauapebas, where he has his atelier and is engaged in educational projects. He is also interested in research and experiments with natural iron, manganese and other pigments from the minerals that abound in the region. Awarded as Master of Popular Culture by the Pará Culture Foundation, Afonso has participated in several solo and group exhibitions in Brazil and abroad.His panel Gavião (Hawk) shown here was painted during the Arte-em-Cores project. It pays homage to the Gavião people of the indigenous Xikrin origin, and to the indigenous myth of hawks as birds of prey.