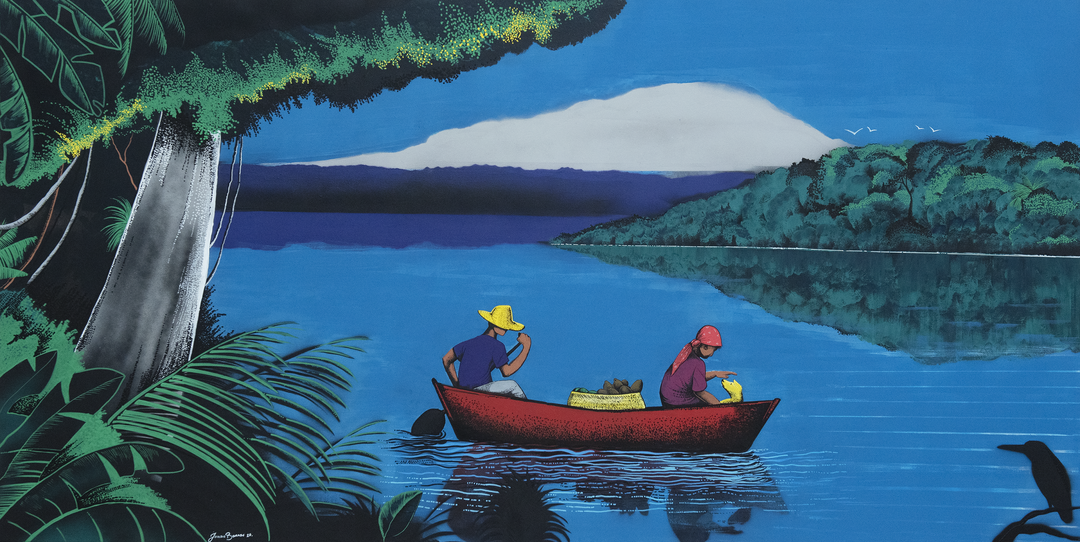 Born and residing in Velha Marabá, in the district of Marabá (PA), Jonas grew up in a region between the Tocantins and Itacaiúnas rivers, both of which are rooted in his images and memories. As a son of a fisher and a washing woman, he is known as a prodigy in the region, having gained fame for his artwork in Indian ink in the 1990s, when he was still a teenager. He has participated in a contest organized by Rildo Brasil (1966), a visual artist and cartoonist who founded the Association of Visual Artists of the South and Southeast from Pará. Between 1997 and 1999, he participated in several group and solo shows in the region, exhibiting his drawings in Indian ink. He works today as a door attendant in a condominium building, and after having been selected to participate in the Arte-em-Cores project, he felt inspired to take up his artistic work again.

In his panel Ribeirinhos (Riverside Dwellers) shown here, he uses a mixed technique in acrylic paint, spray and ink finish. The work is a tribute to his own origins and a reflection on how important it is to live in peace with nature.