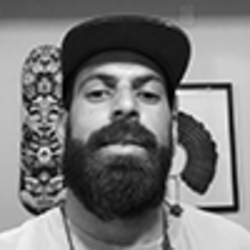 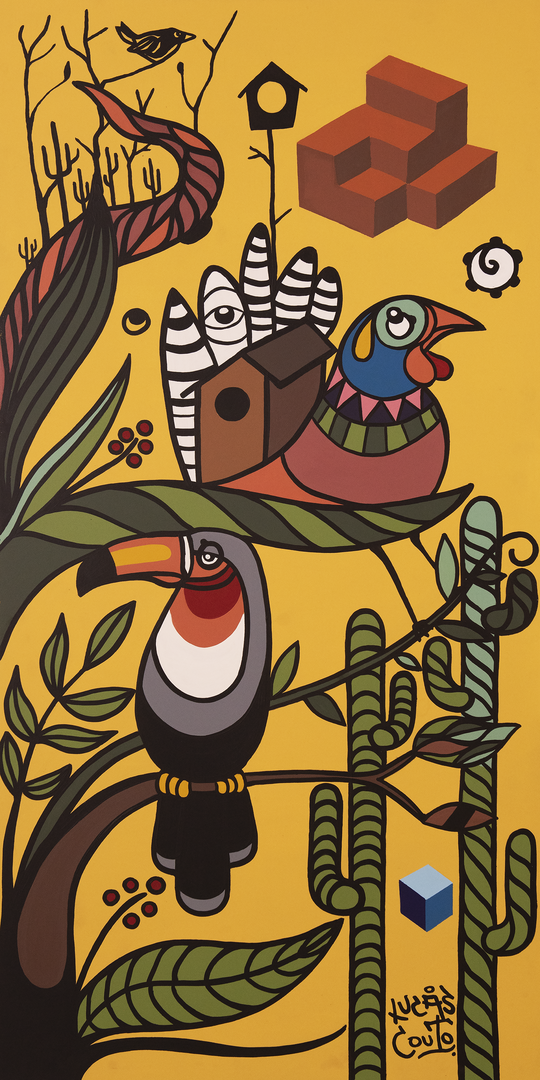 A forest engineer by training and a multi-artist by conviction, Lucas Couto has been inspired by the masters of popular culture to create his paintings, musical mixes and tattoos. He is passionate about the North and Northeast regions of the country, and travels with his “VW-van museum” as a way of learning new techniques and discovering traditions that are getting lost with time such as the natural pigments of the Xikrin Indians and the adobe bricks in the backlands of Bahia. He quit his job at a mining company five years ago and, whenever possible, participates in cultural immersions and artistic residencies in different places, having already visited 14 Brazilian states and four countries in Latin America.

The artist says that his panel shown here portrays a little of the Amazon region, without further commenting on it and leaving the interpretation to the beholder. Despite the diversity of his artworks, they all have something in common: they never carry a title. And despite their bright and cheerful tones, the animals shown here have a sad look in their eyes, by which he means a criticism about everything that humanity has been doing with the planet. He has been influenced mainly by indigenous, popular and psychedelic art. Among his references, he mentions the geometry of Maurits Cornelis Escher and the fantastic realism of Hieronymus Bosch.