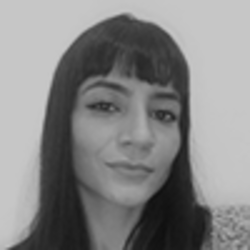 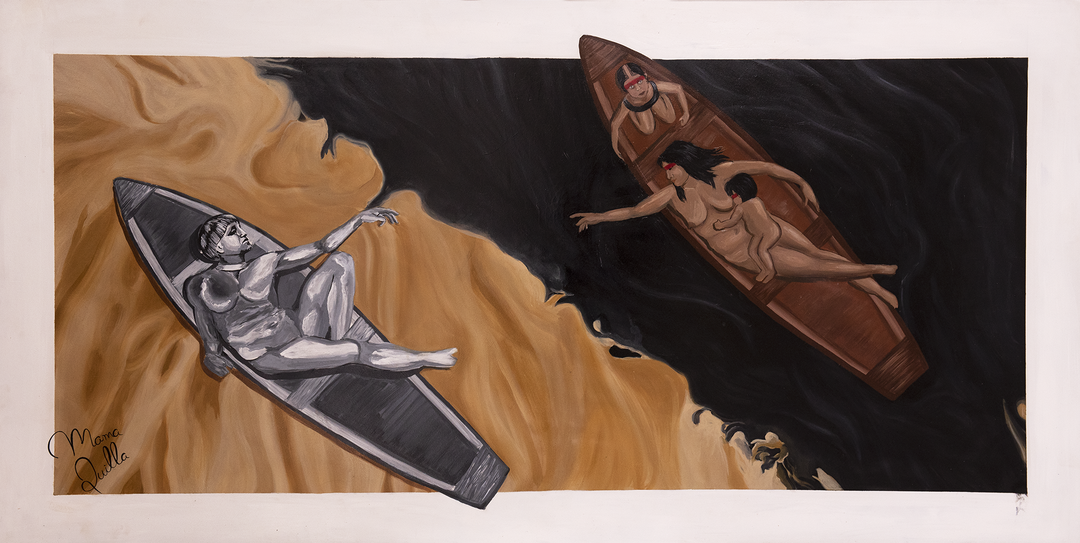 Mama Quilla was born in Belém and lives currently in Parauapebas (PA). She was influenced initially by the arts of handicrafts such as crochet and painting cultivated in her family, while her training as an artist developed from urban art in the suburbs. She took her first graphite course two years ago with the artist Drika Chagas. Her other references include Eric David, Murilo Savage and Pablo Damasceno. She has participated in solo shows such as that of the “Divino Materno”, currently on view at the Studio Selva Negra, in Parauapebas, as well as in group shows such as the one held at the Sesc da Doca, in Belém.

Her panel Encontro das Águas (Meeting of the Waters) shown here is very representative of the artist’s style, who is inspired by feminine, divine and maternal energies to create her works. Here, Mama Quilla alludes to Michelangelo’s Renaissance painting The Creation of Adam, transposing it to the Amazon context, in which humanity and God can be Yin and Yang, the rivers Negro and Solimões and a man and a woman represented by an Indigenous Mother.